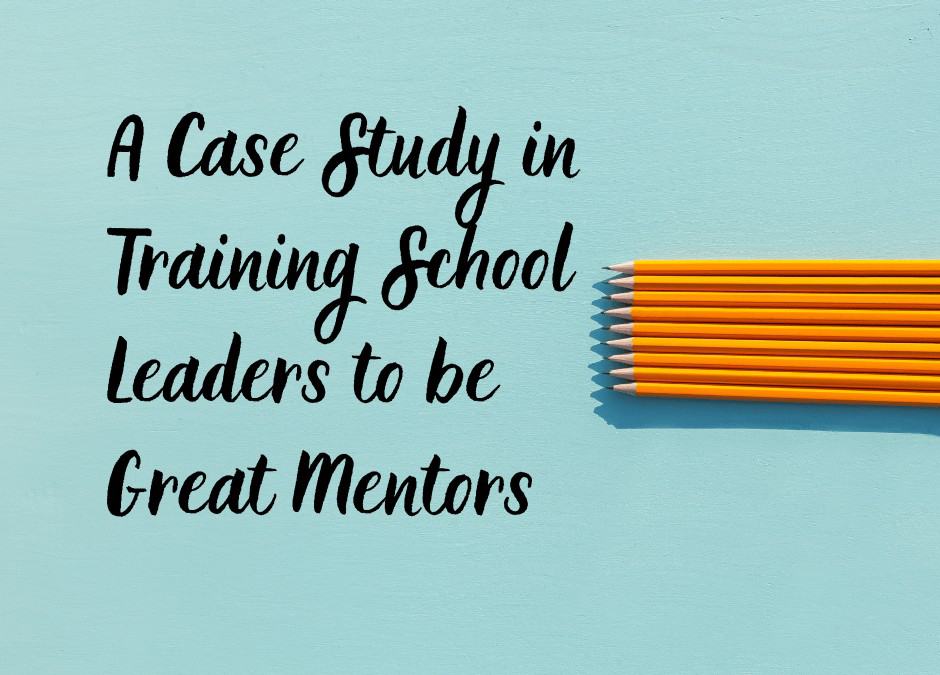 The Priory Witham Academy, Lincoln, UK recognised the potential value of putting senior and middle leaders through the IAPC&M accredited Advanced Workplace Mentoring course, offered by Touchstone Development Ltd. This ensured that school leader’s responsibility for mentoring staff have a) the opportunity to enhance their skills and b) a common language to talk with each other.  Additionally, it meant that the mentorship role was being recognised as a key professional development priority for the academy.

The academy leaders all had mentoring others as a component of their job descriptions, but had not spent any time clarifying, individually or collectively, what it meant or looked like in practice.  Not unusually, their job descriptions had coaching and mentoring others as a requirement, and whilst the leaders had all been on a coaching programme, they were confused about the differing roles.  There was also a wide range of views about what each of the two concepts were and how coaching and mentoring differed in practice. Even though most leaders had been mentoring for many years, and or had been mentored themselves, they were however, unable to agree on what the process of mentoring was.

So, the Advanced Workplace Mentoring course took these school leaders on an intellectual and practical journey to work through the distinction between coaching and mentoring both conceptually and pragmatically. The course provided a conceptualisation of mentoring as being directive coaching within an overall continuum model for supporting colleagues on the workplace. The model is conveyed in Diagram 1.

The power of this model proved to be transformative in supporting the school leaders in seeing how they work with colleagues ( coaching and mentoring) and how it can be varied (depending on the position on the continuum they are working from), relative to the needs of the individual they are helping.

The course took the position that Mentoring was ‘Directive coaching’ and that Coaching was ‘non-directive coaching’. These leaders are now  supporting others with the professional challenges they are facing in a highly effective way that builds on the continuum mindfully and skillfully.

The Advanced Workplace Mentoring course also provides plenty of opportunity for practice, as well as introduces participants to a solution focused model as broadly described by the top row of  Diagram 2. 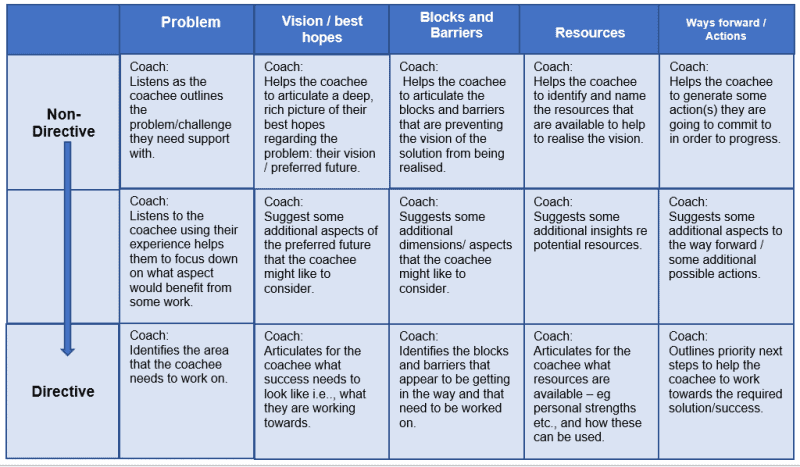 The mindful, skillful coach/mentor works with their client through the five-stage process moving across the Non-Directive – Directive continuum as appropriate to meet the needs of the client. 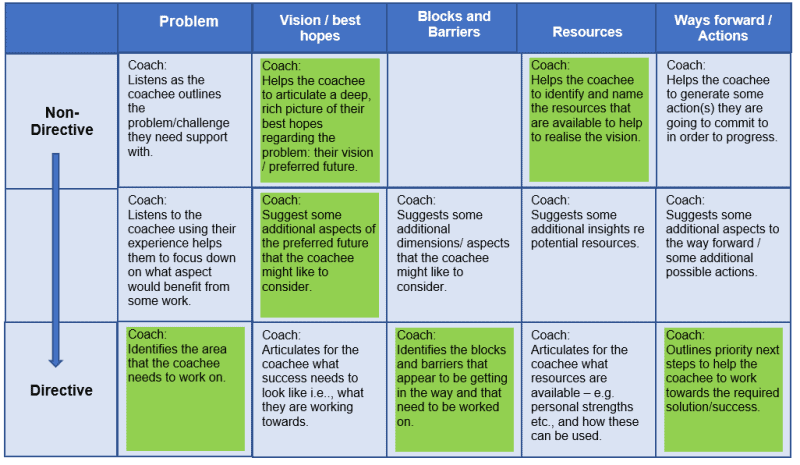 The route through the matrix indicated in green in Diagram 3 was appropriate for one relatively inexperienced colleague.  So, the leader started moving them towards greater confidence by finding ways through the professional challenges being faced. The school leaders found this matrix to be helpful in planning support for their mentorship work.

Learning Styles of the coach/mentor, and the client coachee/mentee was introduced as a further dimension for consideration.  The interaction between the client’s learning style and the directive / non-directive continuum was considered in some depth using case examples that the leaders brought to the course.

The learning styles model ,and the mentor – coach continuum provided the leaders with vehicles to gain insights into the possible reasons for their less than effective attempts to support colleagues in the past. Their new solutions focused approach provided them with a more effective way to secure positive energy in their work with clients, which collectively created a more positive and solution focussed ethos within the school.

The course has added the following value to the individual school leaders and the school as an organisation has benefited as follows:

The 6 hours duration Advanced Workplace Mentoring course, as accredited by IAPCM, is provided by Touchstone Development Ltd and can be delivered face to face or virtually.  To secure the many value added benefits that the Priory Witham academy has gained, please contact Dr Stephen Hopkins stephen.hopkins@touchstoneconsultancy.com Or find out more here https://coach-accreditation.services/view/coach-mentor-profile/entry/291/