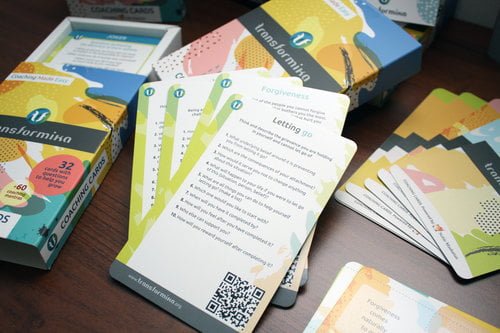 When I started my coaching journey with Noble Manhattan way back 2013 in Bulgaria, the word coaching was not very familiar. Often people asked me if what I was doing had something to do with sports. After I’d explain what coaching was, they’d meaningfully say “aham…”

In Bulgaria – we all know everything and we are all experts in everything. So, after understanding what coaching is, most people would say “Well, you know I am doing it anyhow, I just do not call it coaching”.

Then a few years after coaching took off, more and more international companies started using the term and they started looking for coaches! It was the new buzz – everyone was becoming a coach!

It was a tough time for the real coaches. Since everyone was becoming a coach despite the lack of qualification, coaching became a “dirty” word. I even stopped calling myself a coach! I changed it to Transformation Designer – just to get out of the scope of all prejudices and biases. But now I actually love it!

The tough times in coaching, I used for developing a coaching tool – Transformika Coaching Cards. It consists of 32 Life and Professional topics and, currently, it is used individually by coaches, mentors, psychologists, professionals, and corporate teams. In October, it won the European Award for Innovations.

The funny thing was that I developed it in English, thinking that my market will mostly be abroad, in the more developed countries. But I was nicely surprised that the demand in Bulgaria was so high that a year after launching the English version, I had to translate Transformika Coaching Cards into Bulgarian. For the last year, we have more than 200 sets, which for our small country is a big thing.

What is important in the story is that my company is me, myself, and I.

Without being accredited, I would most probably not be able to get so easily to international companies like Cargill, Lufthansa Technik, or Raiffeisen Bank. Even if people there did not understand the coaching standards and hierarchy – they all did understand and trusted the word “accreditation”. I always explain using a comparison between coaching accreditation and ISO accreditation.

Since mid-2018, the situation for the coaching industry improved drastically. I believe that the market got really saturated with coaches and the clients started getting educated and started asking for certification (different than Coursera).

In the professional world, people are already starting to recognize major coaching schools. I do believe that accreditation is becoming important also for individual clients.

In that relation, this is a great time to have IAPC&M Bulgarian Chapter. At this stage, I see its role in a big part educational – to bring people to the awareness and understanding of the difference between a certified coach, a coach with a diploma and an accredited coach. Also, it will build trust and brand awareness.

The existence of standards and accreditation will soon be a must for most coaches as it is in all other established industries.